19 Best Things To Do in Chicago

The Windy City, established on the shore of Lake Michigan in 1837, quickly became an international hub for commerce and culture. At one point it was the 5th largest city in the entire world! 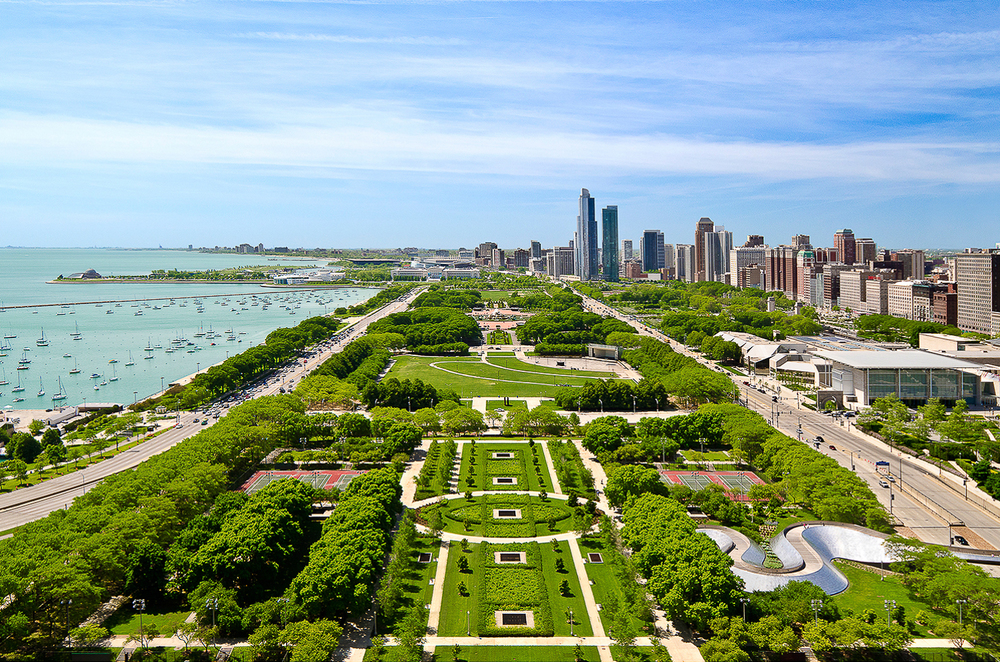 Nicknamed “Chicago’s Front Yard” for its prominent placement on Lake Michigan in the city’s central business district, Grant Park contains some of Chicago’s most iconic attractions within its 319 acres, including Millenium Park, Buckingham Fountain, and the Art Institute of Chicago.

First designated as “Lake Park” in 1844, Grant Park has undergone many transformations since then, from using debris from the 1871 Chicago Fire to expand its footprint, to being the home field of the Chicago Cubs, to what it has become today: the most popular public gathering space in the great city of Chicago. 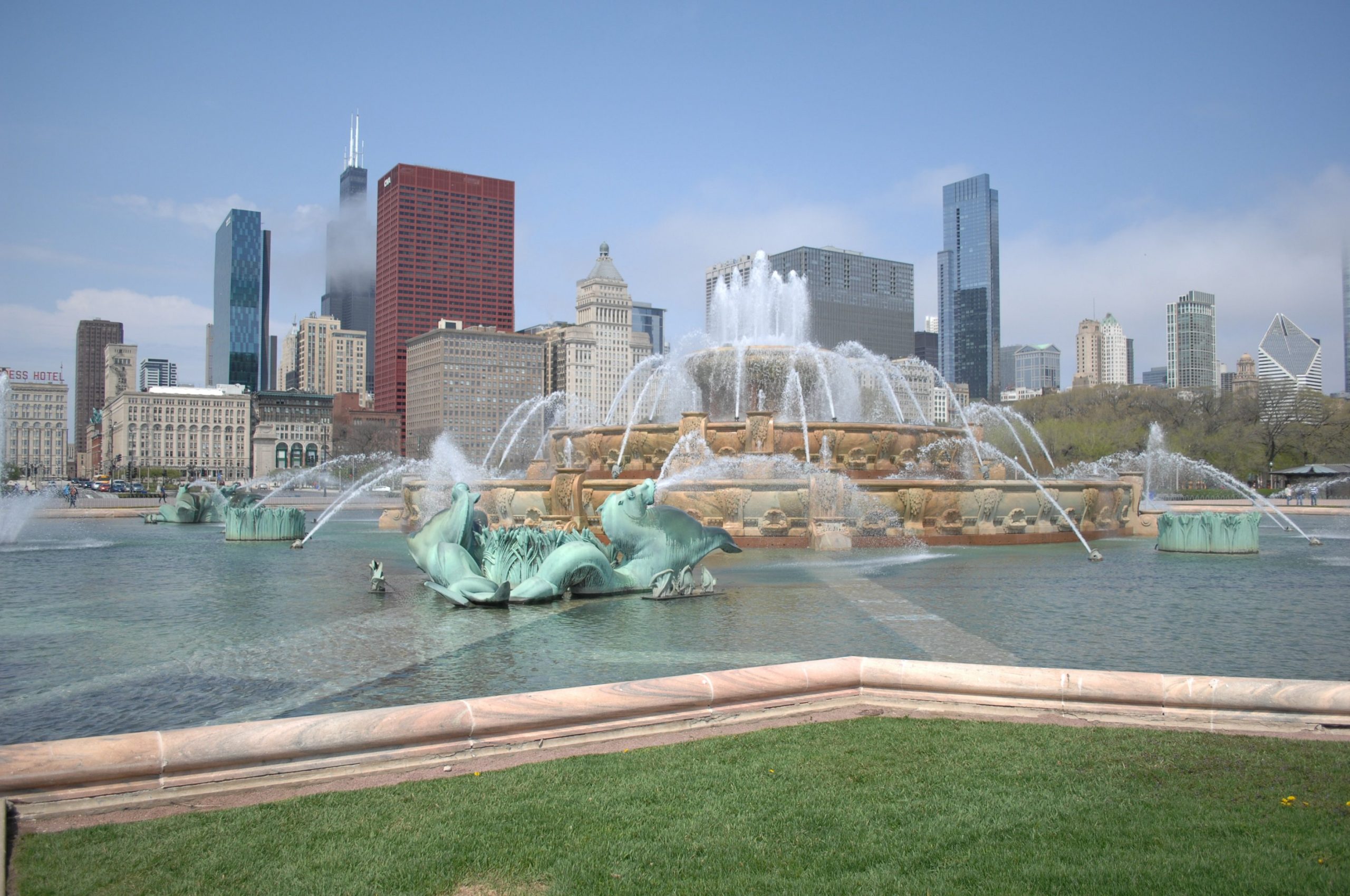 When it was built in 1927, Buckingham Fountain in Grant Park was the largest fountain in the world, and remains one of the largest to this day. The fountain was designed to represent Lake Michigan and the 4 States it touches- Wisconsin, Illinois, Indiana, and Michigan- and you’ll see a bronze seahorse on the fountain’s facade symbolizing each state.

The fountain is a must-see spectacle year round: in the warm weather you’ll be treated to daytime water shows and nighttime laser shows; in the cold months the fountain is decorated in lights for the holidays.

You’ll find two of Chicago’s most iconic sights in Millenium Park — The Bean and Crown Fountain — but the park also includes gardens, a music pavilion, both temporary and permanent art installations, and much more.

Millenium Park is relatively new- it was added to the footprint of Grant Park in 1996. This northwest section of Grant Park was previously owned by the Illinois Central Railroad Company, who acquired the land in 1852 through a deal with the City of Chicago. By the 1990s it had become an eyesore and then Mayor Richard M. Daley sought to convert the land to greenspace. The city was eventually able to reclaim the property, proving that ICR could no longer fulfill its contractual obligation to use the property for railroad purposes. 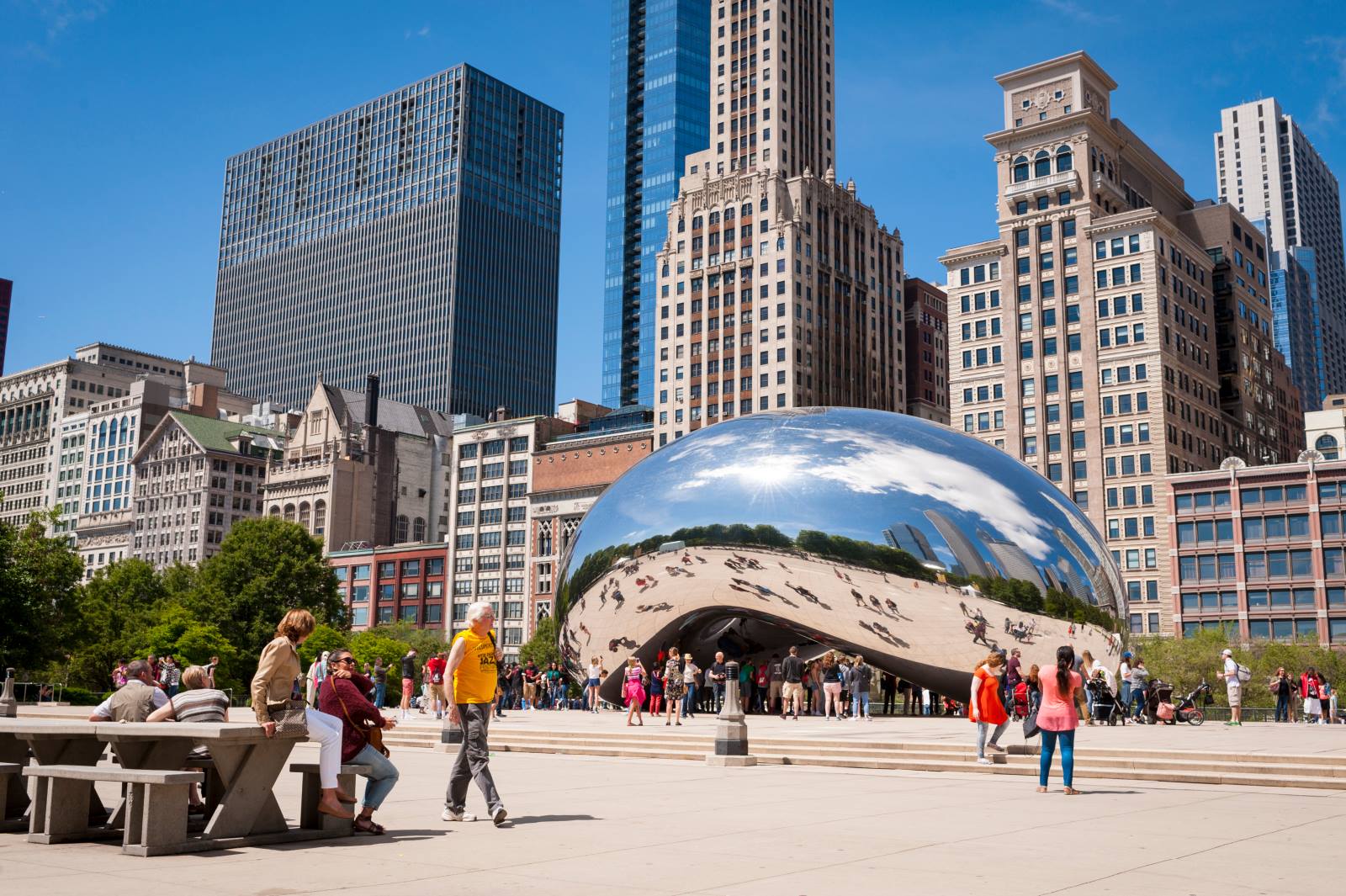 Officially named Cloud Gate, “The Bean” is the most popular feature of Millennium Park, an unmistakable 110-ton steel sculpture that reflects Chicago’s skyline. There isn’t a place in the city that prompts more selfies.

Made by British artist Anish Kapoor in 2004, the sculpture was named Cloud Gate for the way attracts the sky above, acting like a magnet (or gateway) to Chicago’s clouds. It’s nickname is no mystery: the 33 feet high, 42 feet wide, and 66 feet long structure is shaped just like a bean. 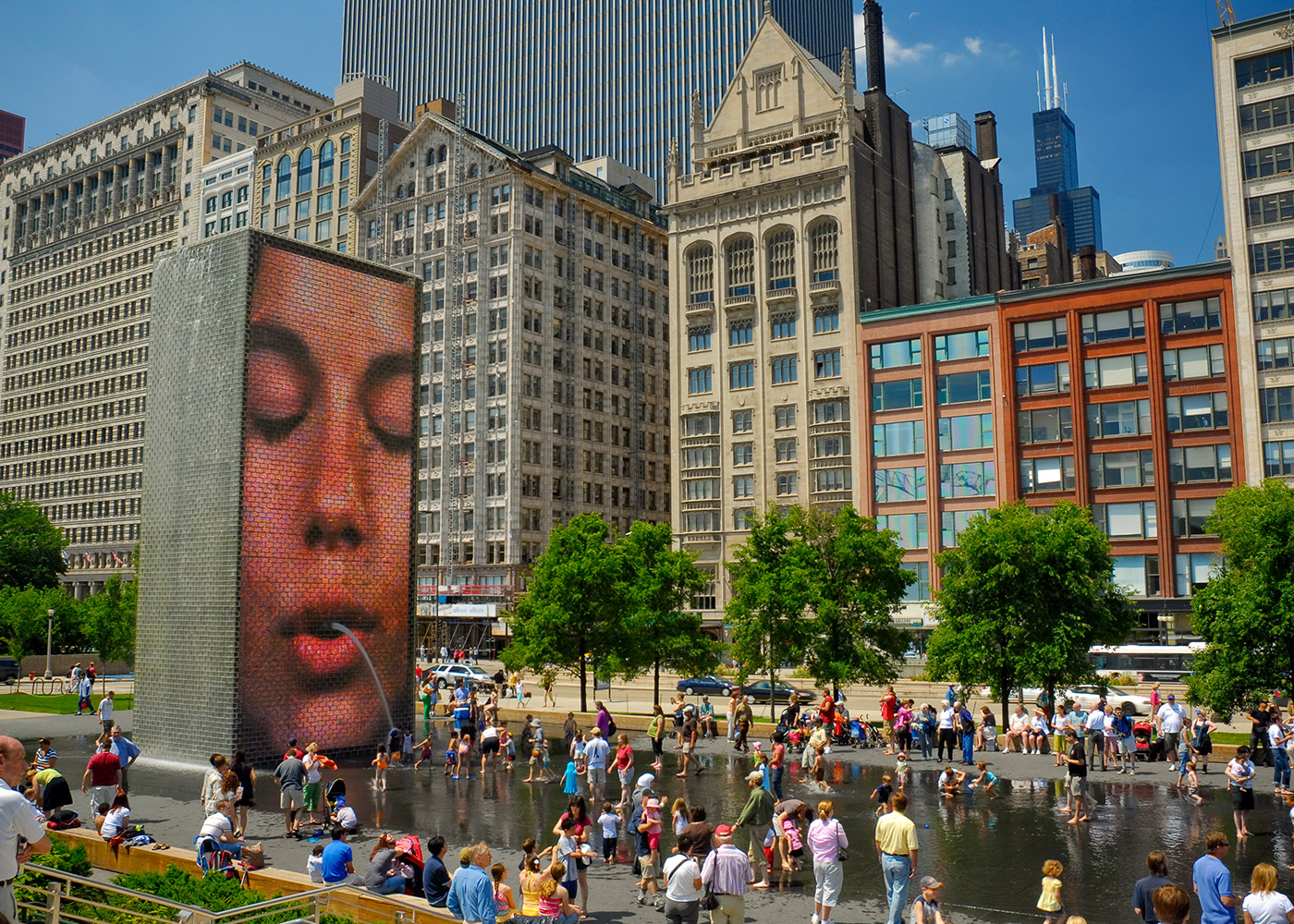 This must-see fountain in Millenium Park has 2 huge towers displaying the faces of 1,000 Chicagoans. Water spouts from the mouths of their 50 foot tall faces, separated by a shallow reflecting pool that’s 232-feet long and 48-feet wide.

The art installation first opened in 2004, was designed by Spanish sculptor Jaume Plensa, and built by Krueck + Sexton Architects. 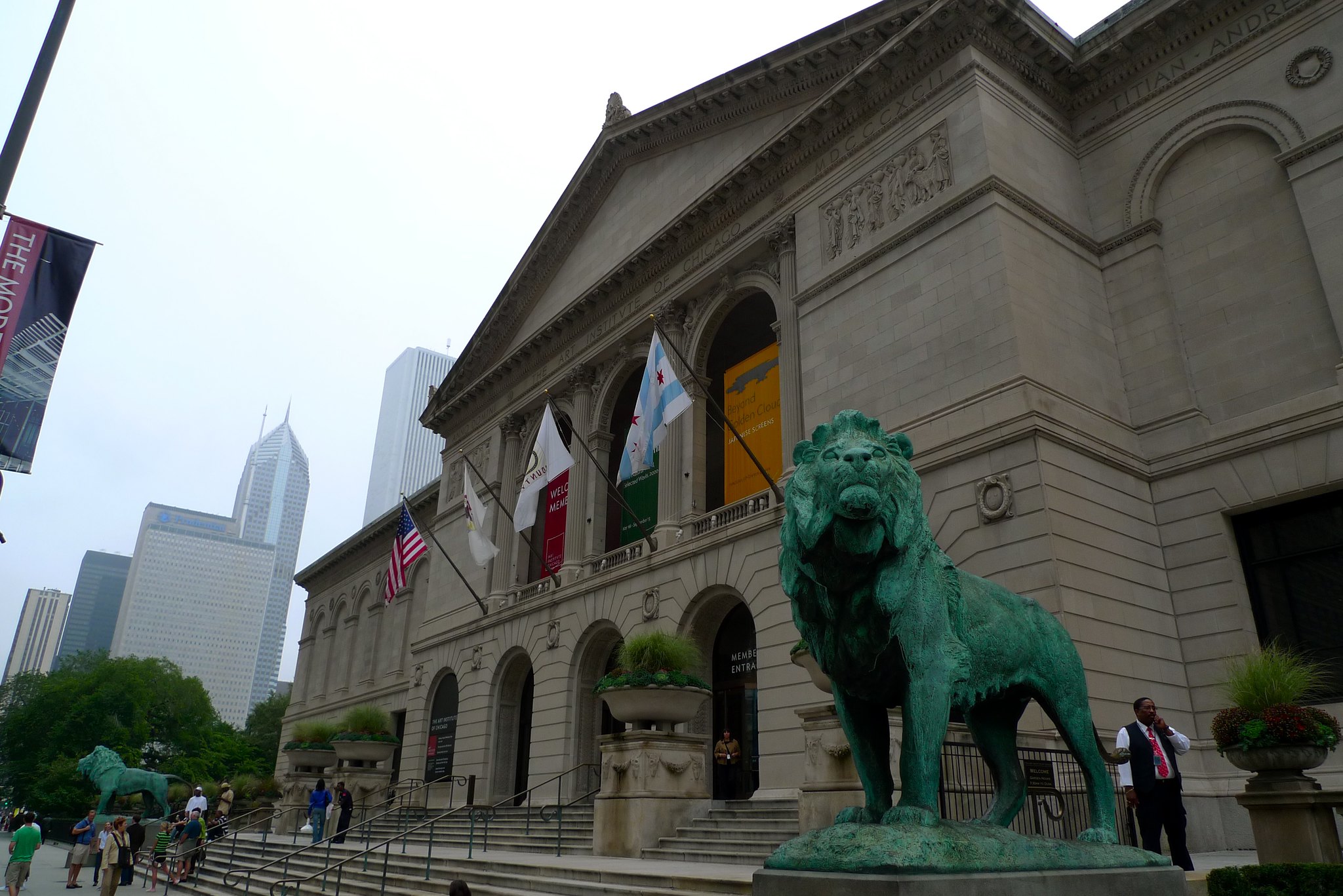 Among its most popular pieces are impressionist and post-impressionist paintings from van Gogh, Monet, and Renoir. 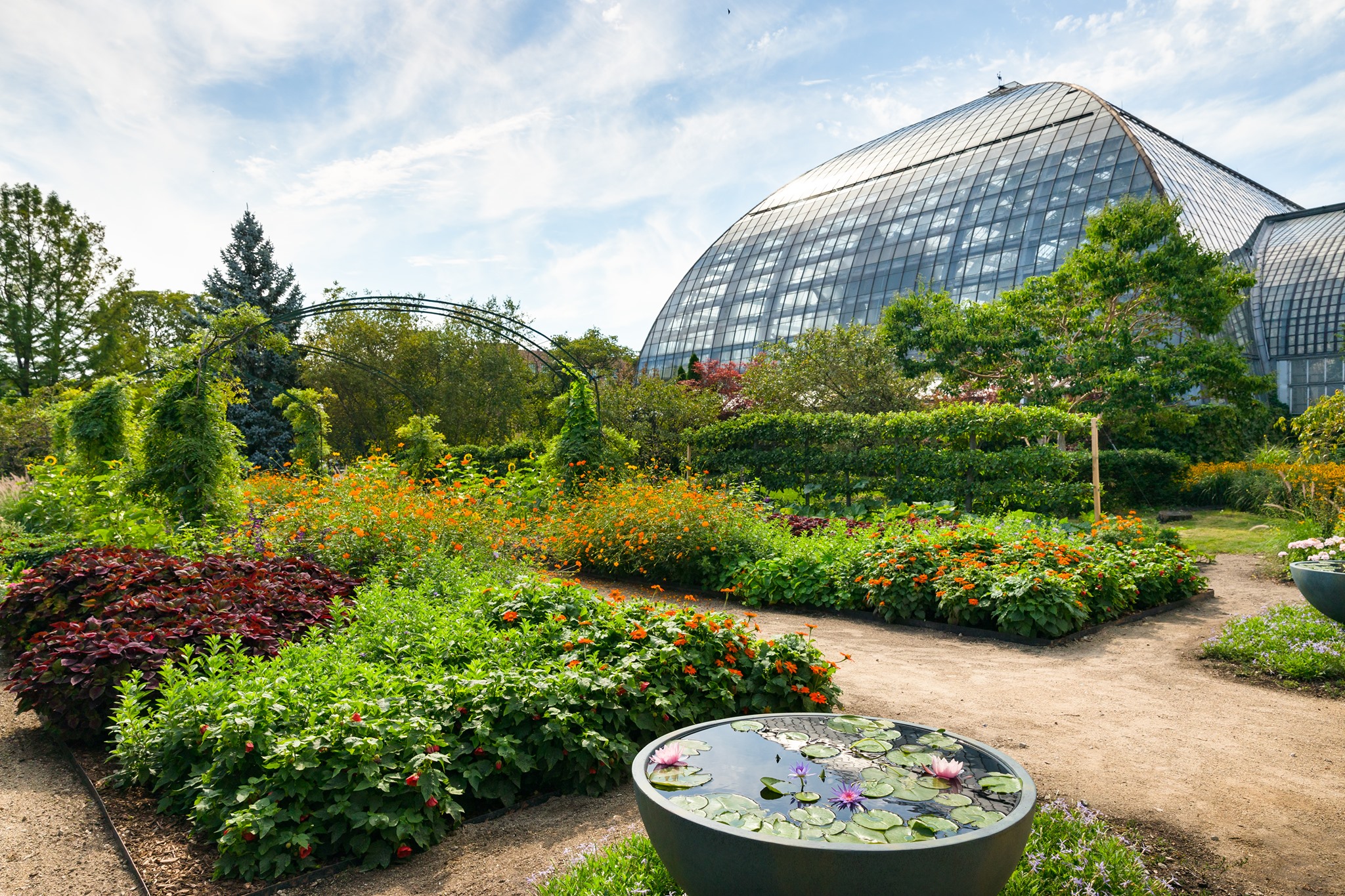 This stunning glass structure has 8 indoor gardens, 10 acres of beautiful landscaping around it, and is home to 100,000 plants overall.

Highlights of the Garfield Park Conservatory include: 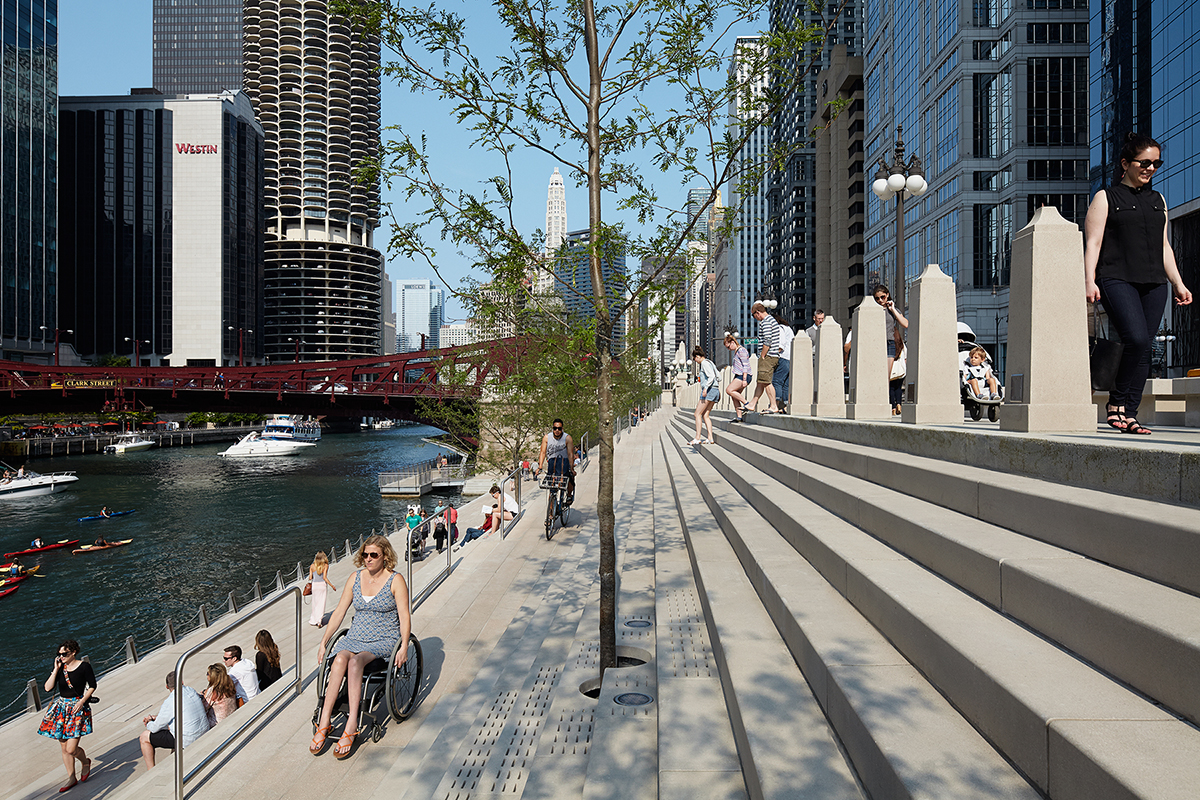 Along the bank of the Chicago River is a modern waterfront pedestrian concourse full of restaurants, bars, parks, boat rentals, and other top tier attractions known collectively as “Riverwalk”.

It’s known for being a tourist attraction with pricey establishments, but it’s open to the public and free to take in the sights as you enjoy a stroll. Some of the top things to see along Riverwalk include the Vietnam Veterans Memorial Plaza, The River Theater, The Floating Garden, Art on theMart light show, and of course one of the many boat tours that depart from Riverwalk docks.

This 18.5 mile long trail along the coast of Lake Michigan is an outdoor delight that thousands of locals and tourists use every single day. You’ll find walkers, joggers, bikers, skateboards, and all types of pedestrians traveling along this well-paved path connecting Chicago’s four lakefront parks (Lincoln Park, Grant Park, Burnham Park, and Jackson Park).

The trail itself is worthy of visiting, but you’ll also find plenty of attractions throughout its course, including the South Shore Cultural Center, Museum of Science and Industry, McCormick Place, Soldier Field, Chicago’s Museum Campus, Monroe Harbor, Navy Pier, Belmont Harbor, and the Waveland Clock Tower. 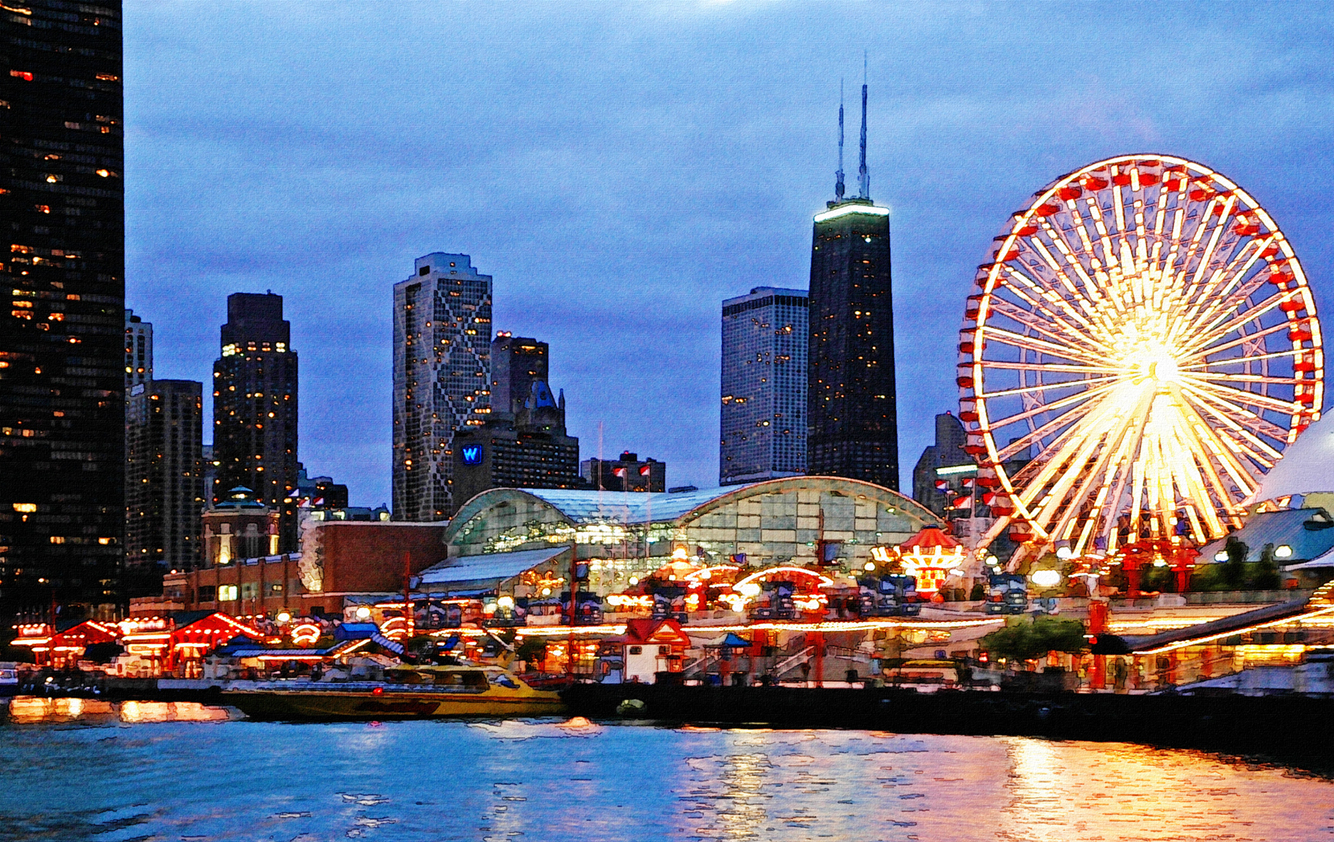 Nearly 10 Million people visit Chicago’s Navy Pier each year, making it one of the most popular tourist attractions in the entire Midwest. Originally built as “Municipal Pier in 1916 and renamed in 1927 for the naval that served in World War 1, Navy Pier has lived many lives- today the 3,300 foot pier is covered with restaurants, shops, rides, games, and family-friendly attractions of all sorts.

The Ferris Wheel overlooking Lake Michigan is one of Chicago’s most iconic landmarks; other popular things to do at Navy Pier include a carousel, mini-golf, children’s museum, and theater. 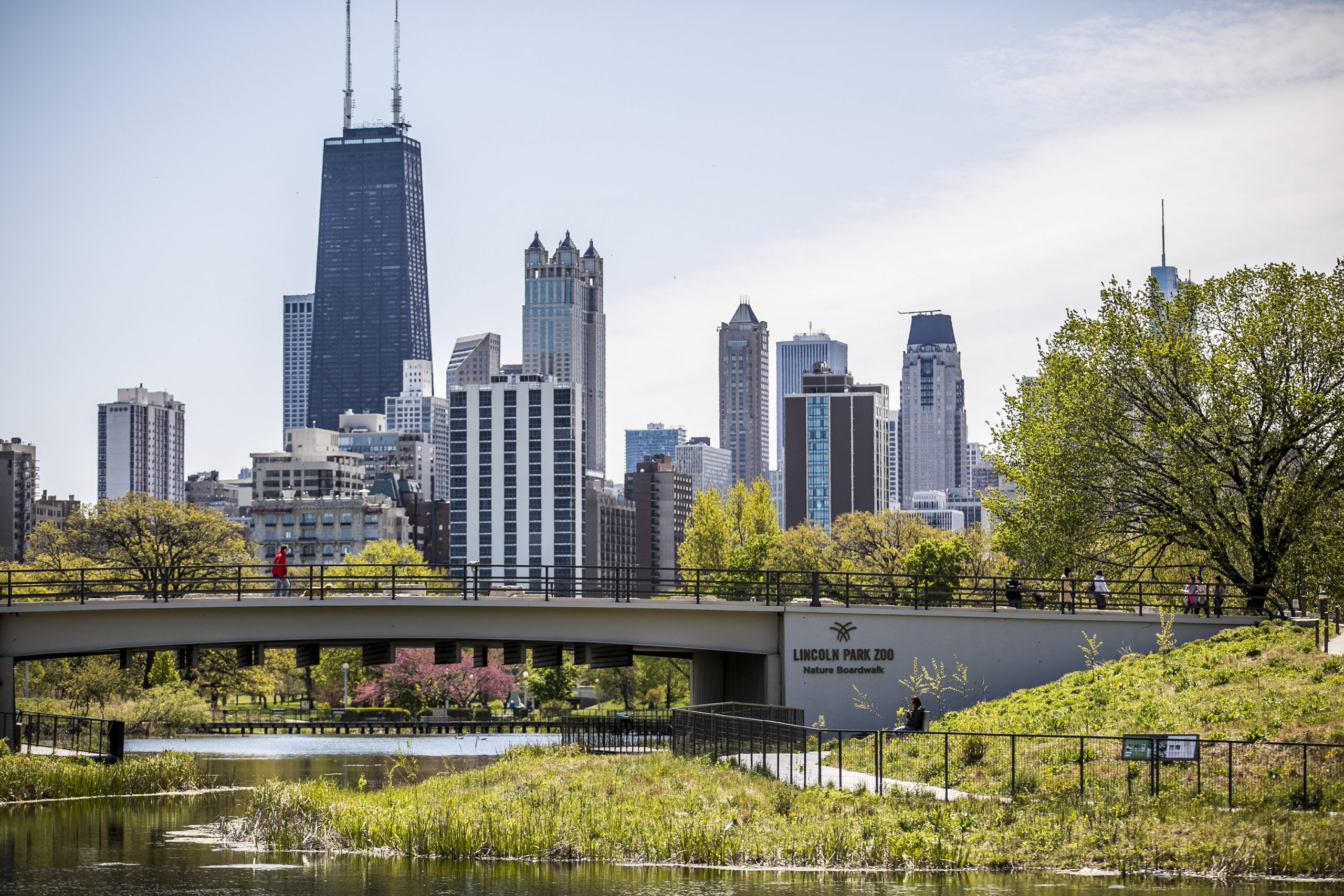 In 1868, two pairs of swans were gifted to the city of Chicago by New York City’s Central Park, marking the start of North America’s 4th oldest zoo. As animals arrived, park planners insisted the zoo must always remain free- and they kept their word. The Lincoln Park Zoo has been free since 1878.

You’ll find major animal exhibits with tigers, lions, bears, gorillas, and reptiles in a 35-acre park with Chicago’s stunning skyline in the background. 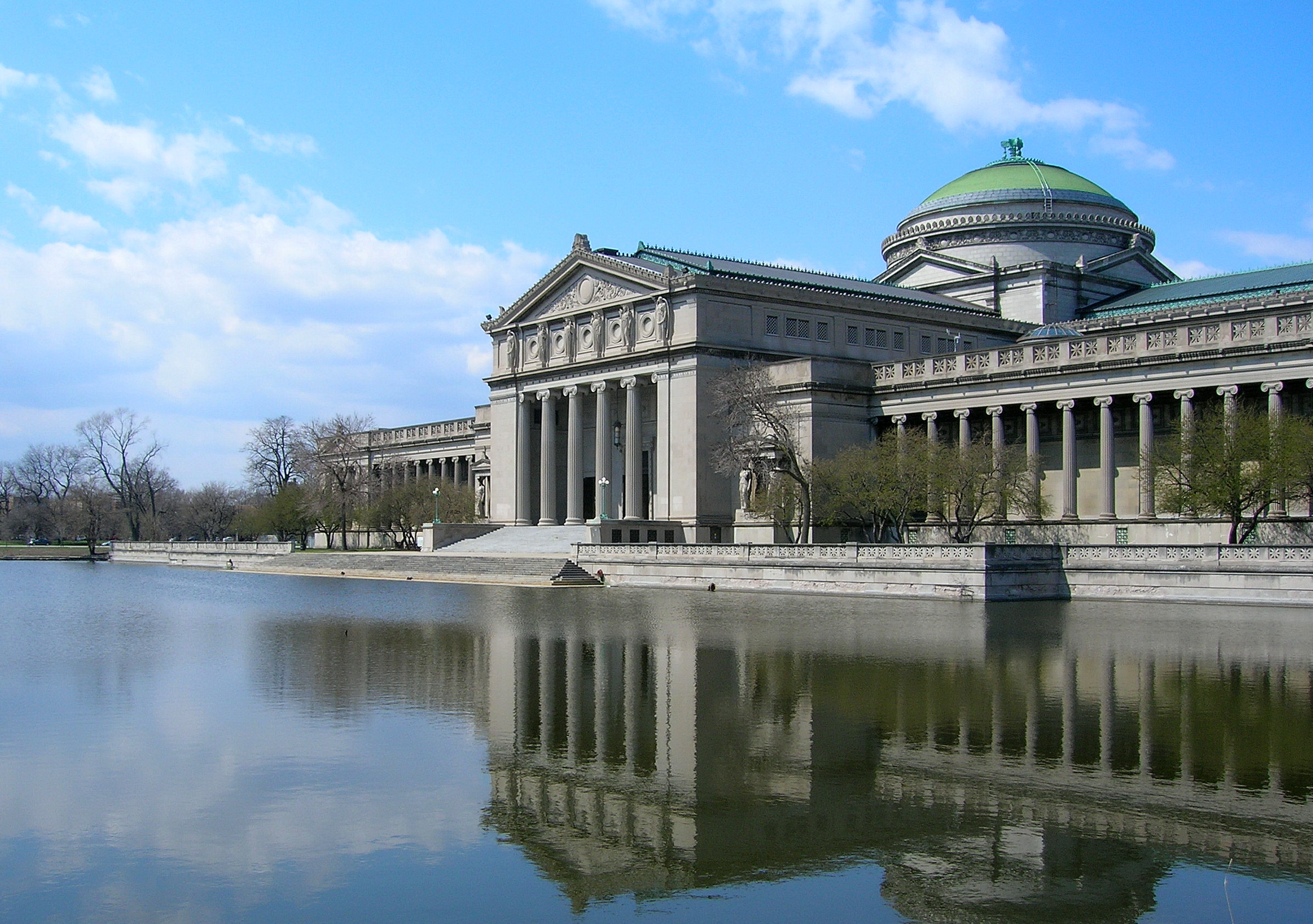 With 2,000+ exhibits across 400,000 square feet in 75 major halls, Chicago’s Museum of Science and Industry is the largest science museum in the United States. The MSI has both significant permanent exhibits and ever-changing traveling exhibits, located in an architectural masterpiece overlooking a lagoon.

Among the top things to see are a 40-foot tornado machine, the world’s largest LEGO display, a full-size coal mine replica, and German submarine from WWII 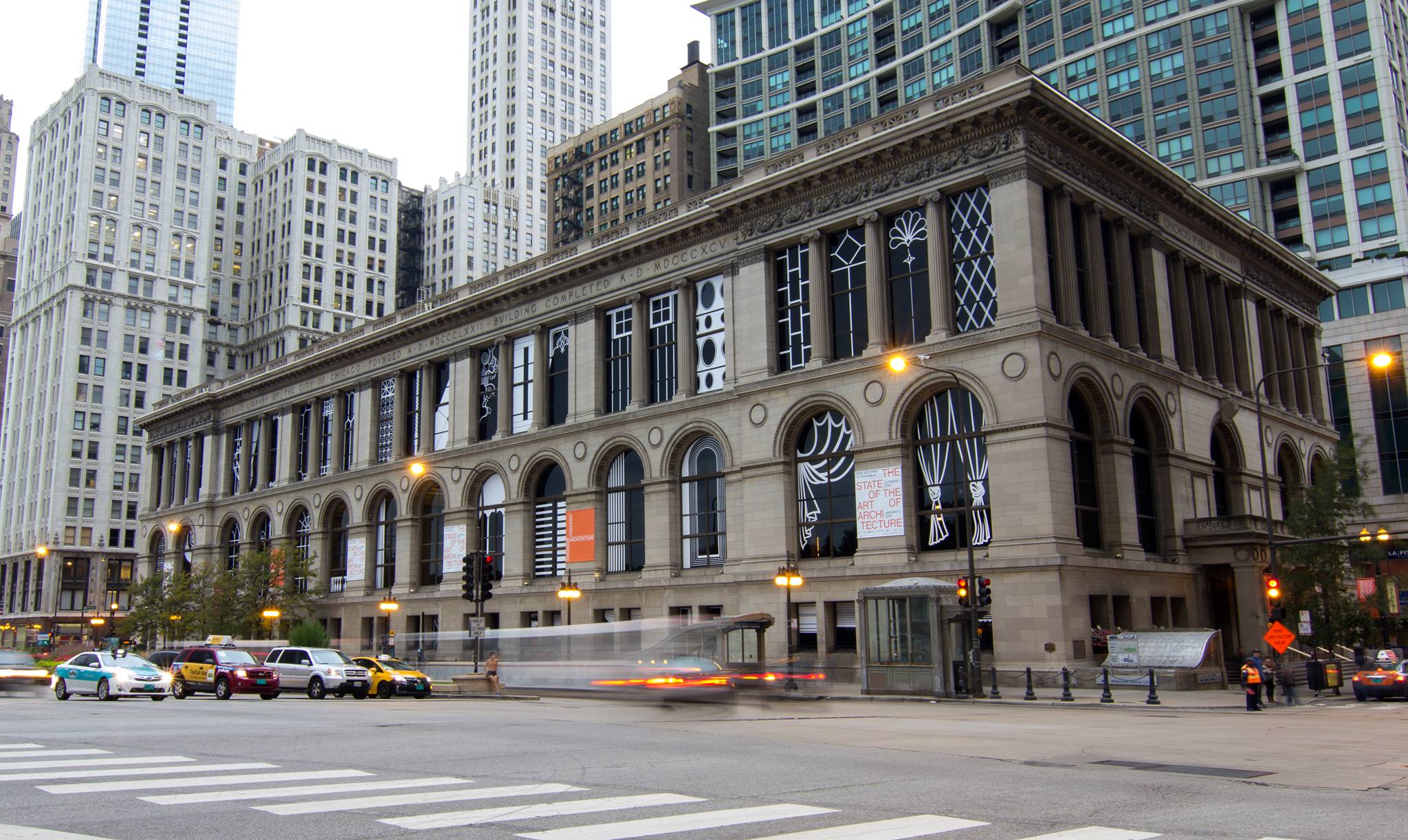 Completed in 1897 as Chicago’s first central public library, the Chicago Cultural Center is an architectural marvel: it’s constructed with rare marble, expensive stone, fine hardwoods, and features the world’s largest Tiffany dome (38 feet in diameter). In 1991 it became the first free municipal center of its kind.

Designed by legendary architect Frank Lloyd Wright, Robie House is a single family home that epitomizes the first uniquely American architectural style- Prairie School. It was designed in 1910, became a National Historic Landmark in 1963, and is considered to be among the most important works of American Architecture of all-time.

The Robie House is much more than a building though- Wright also designed the all of the interior, including the windows, lighting, rugs, and furniture. As the architect explained: “it is quite impossible to consider the building one thing and its furnishings another. They are all mere structural details of its character and completeness.”

The observatory atop 875 North Michigan Avenue (formerly the John Hancock Building) has an unparalleled 360-degree view of Chicago, allowing visitors to see across 4 states, up 80 miles away. Dare devils will enjoy TILT, an amusement experience that leans guests over the edge of the skyscraper at a 30-degree angle.

The observation deck at 360 Chicago is located on the 94th floor of the 100-level building. There’s also a restaurant on floors 95/96 and a Sky Lobby with swimming pool on level 44. 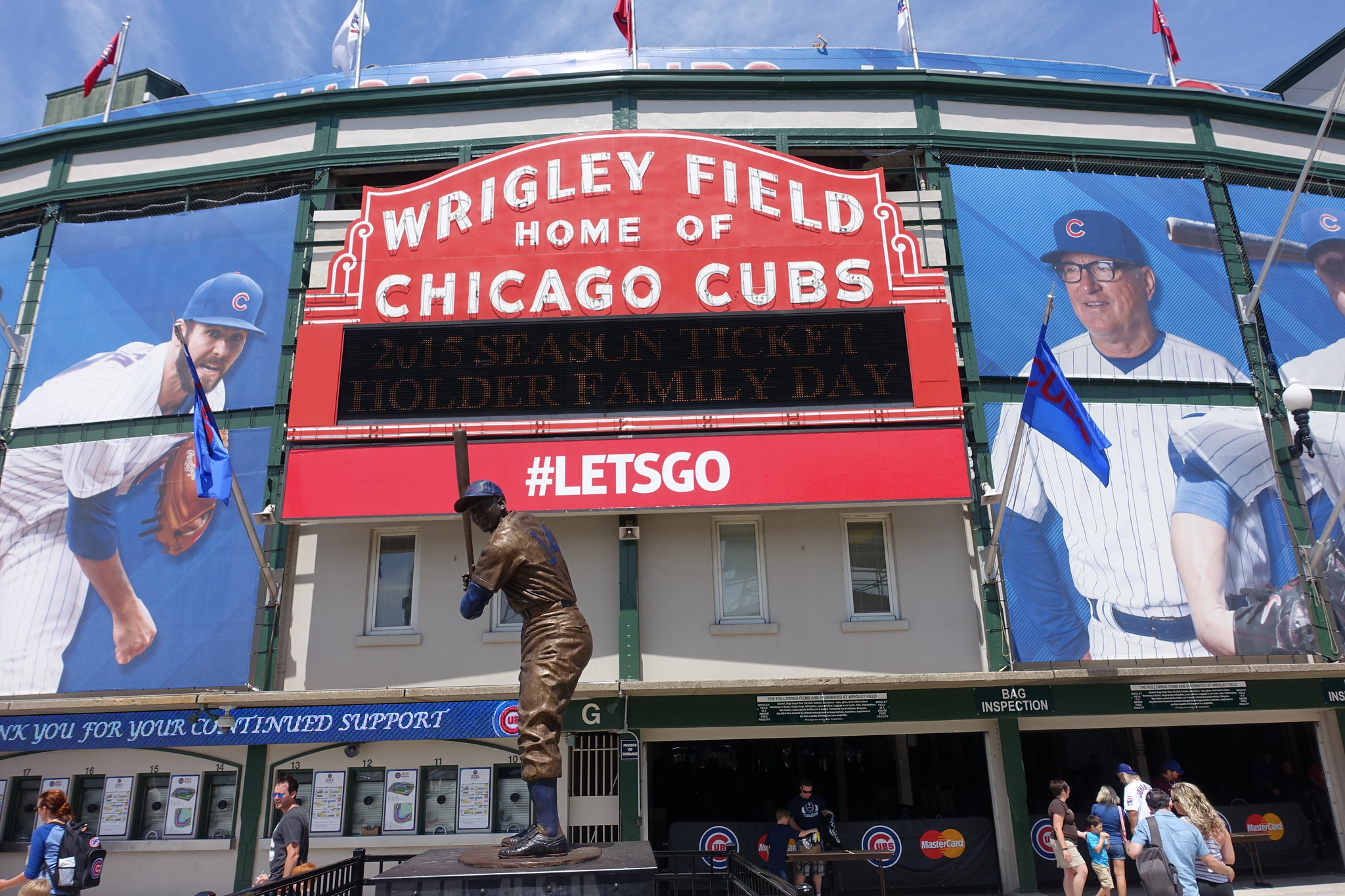 The home of the Chicago Cubs is among MLB’s oldest baseball stadiums, second to only Fenway Park in Boston. It was built in 1914, renamed for the chewing gum magnate that acquired it in the 1920s, and retains many of its charming old-time amenities like that make it among baseball fans’ favorite parks to visit.

Wrigley Field has several iconic features, but the most well known is the ivy-covered outfield wall. 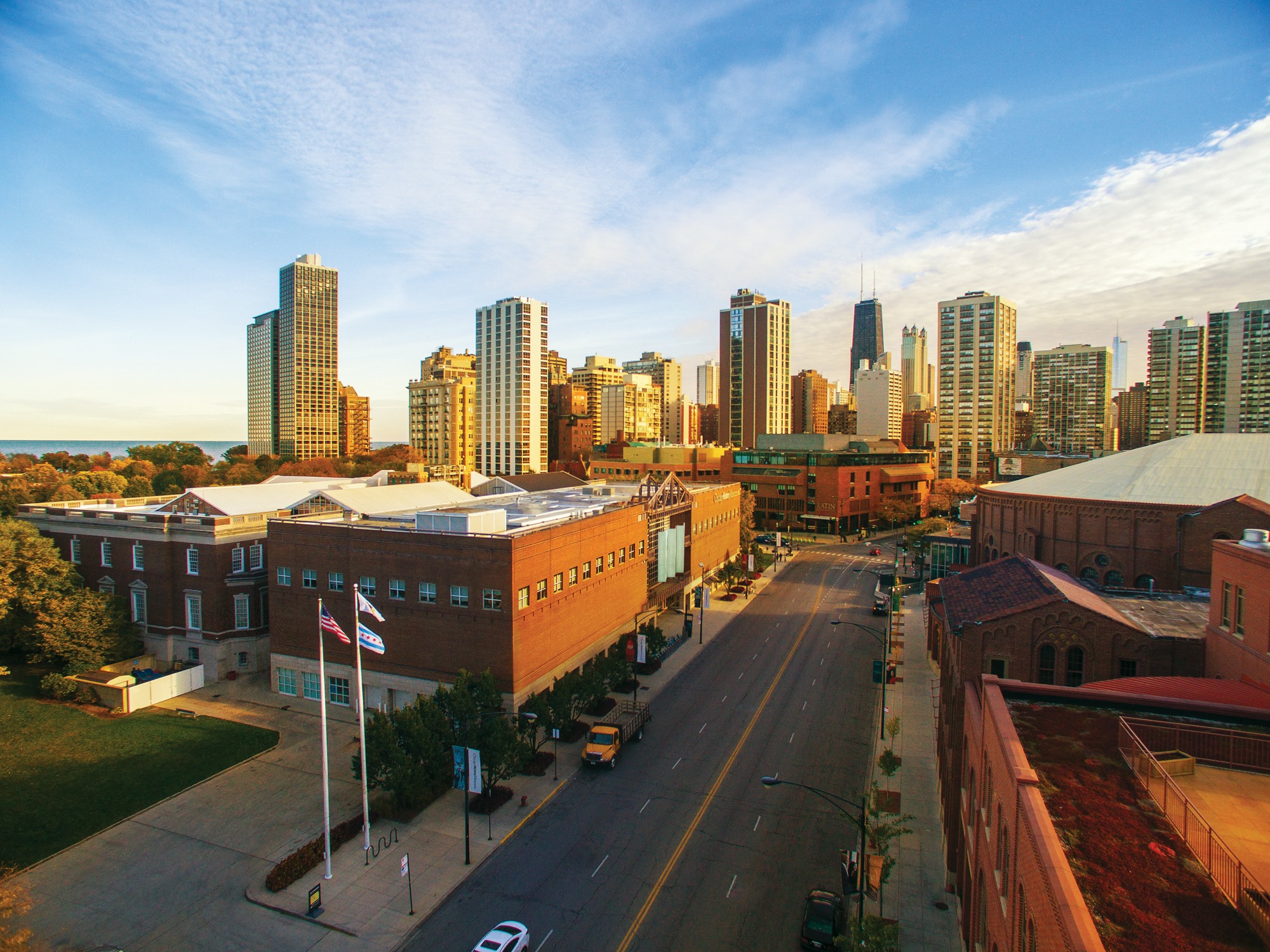 22 Million objects and artifacts can be found in the sprawling Chicago History Museum, unraveling the story of Chicago’s rich history. The museum houses objects of both local and national interest, including many important items from the Civil War era.

Originally founded in 1856 as the Chicago Historical Society, the Chicago History Museum wouldn’t adopt its new name until a 2006 rebranding campaign. It’s original collection included Abraham Lincoln’s final draft of the Emancipation Proclamation, but it was destroyed in the Great Chicago Fire of 1871. It’s rebuilt collection burned down again in 1874, and the museum finally moved to its current location in 1930. 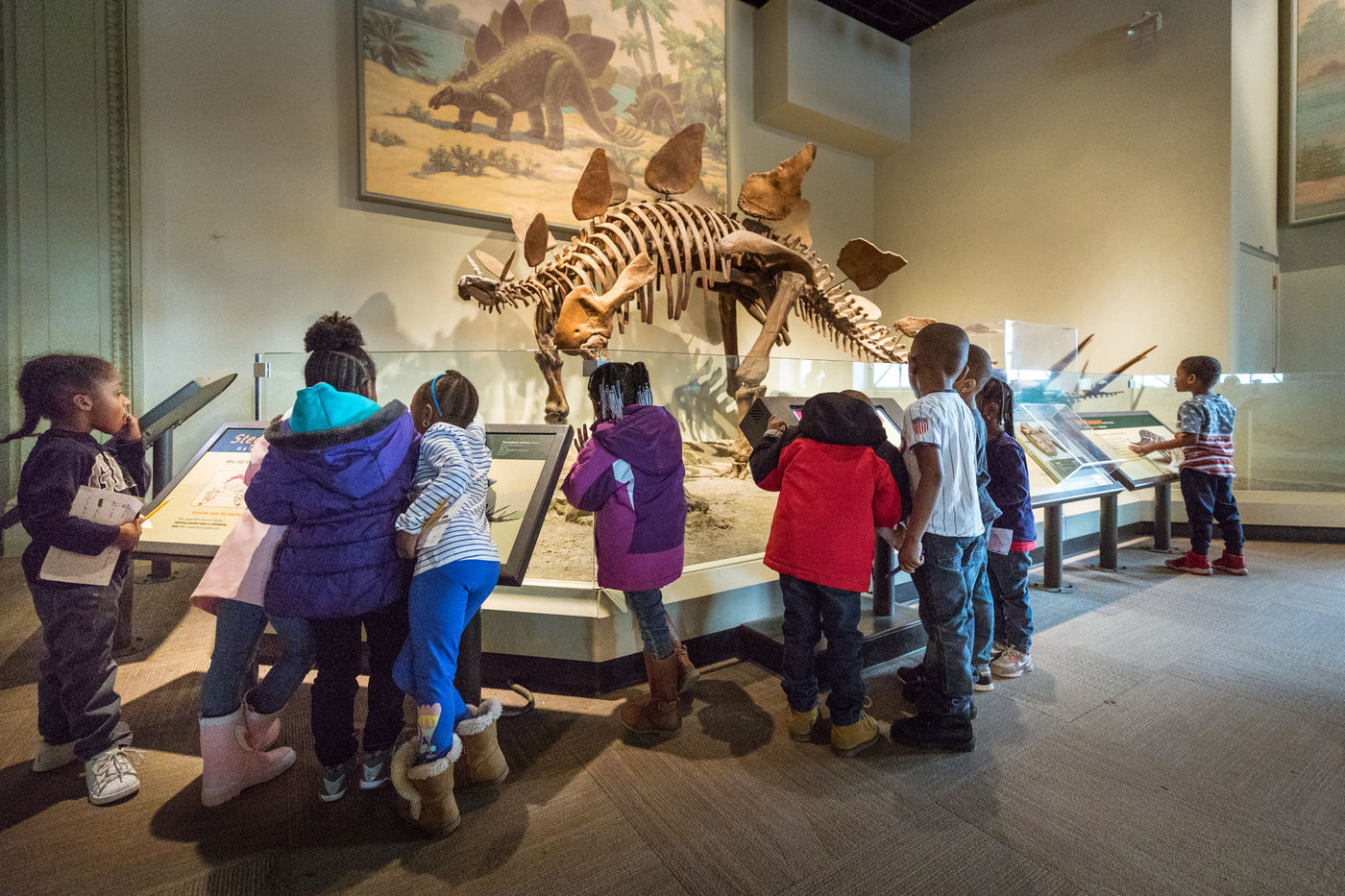 From 5,000 year old mummies to 100+ foot long dinosaur skeletons, the Field Museum of Natural History seems to have it all within its monstrous 350,000 square feet.

What started in 1893 as a 65,000 item exhibit known as the World’s Columbian Exposition has grown to become 40+ Million artifacts at the Field Museum of Natural History. The museum has a quest “to learn as much as we can about this incredible planet” and has been doing so at its current location since 1920. 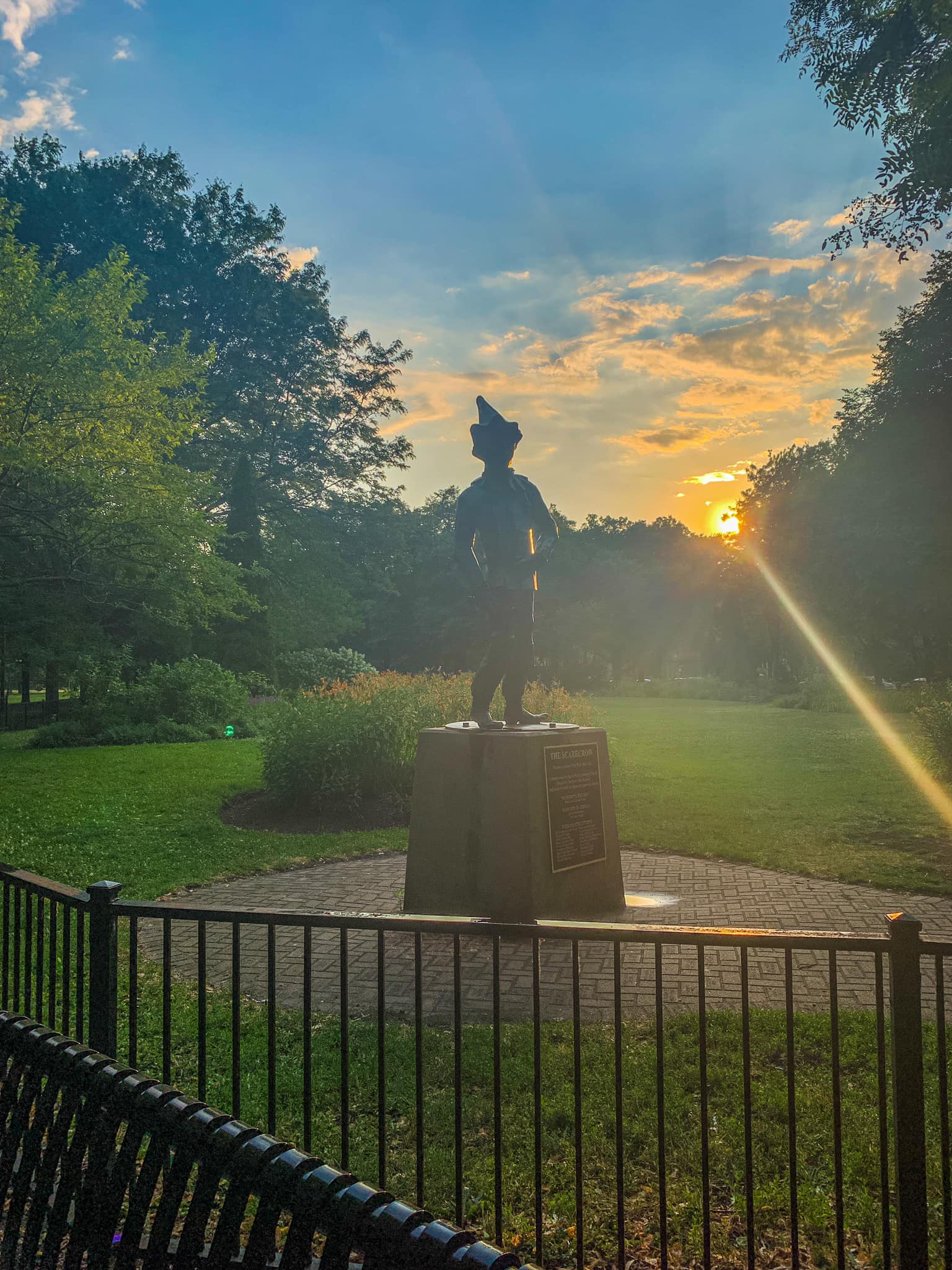 The author of The Wizard Of Oz, Lyman Frank Baum, lived a few miles from this park in the 1890s. The City of Chicago acquired the land in 1974, it was dedicated as “Oz Park” in 1976 to honor the children’s author, and over the years added sculptures of the Tin Man (1995), Cowardly Lion (2001), Scarecrow (2005), and Dorothy & Toto (2007) created by artist John Kearney. Wizard of Oz fans will also find “The Emerald Garden” and “Dorothy’s Playlot” among other Oz-themed inclusions.

The 13.5 acre park includes athletic fields and hosts events throughout the year, including Movies in the Park, where you can be sure The Wizard of Oz premiers at least once each year.