9 Best Things To Do in Austin, TX

One of the fastest growing cities in the country, Austin is also the capital of the state of Texas, and home to some of the largest tech companies in the Fortune 500.

The city brands itself as “The Live Music Capital of the World”, referencing the city’s numerous music venues and signature events like Austin City Limits and SXSW festival, but Austin is much more than music.

Austin blends the charm of old Texas with a progressive, new school swagger that openly embraces visitors of all types. After all, there’s a reason the city’s unofficial slogan is “Keep Austin Weird”.

Whether you’re planning a trip to Austin or you live in Texas and have overlooked everything the city has to offer for far too long, here are the best things to do in Austin that you need to do at least once!

1 Take a dip in Barton Springs at Zilker Park 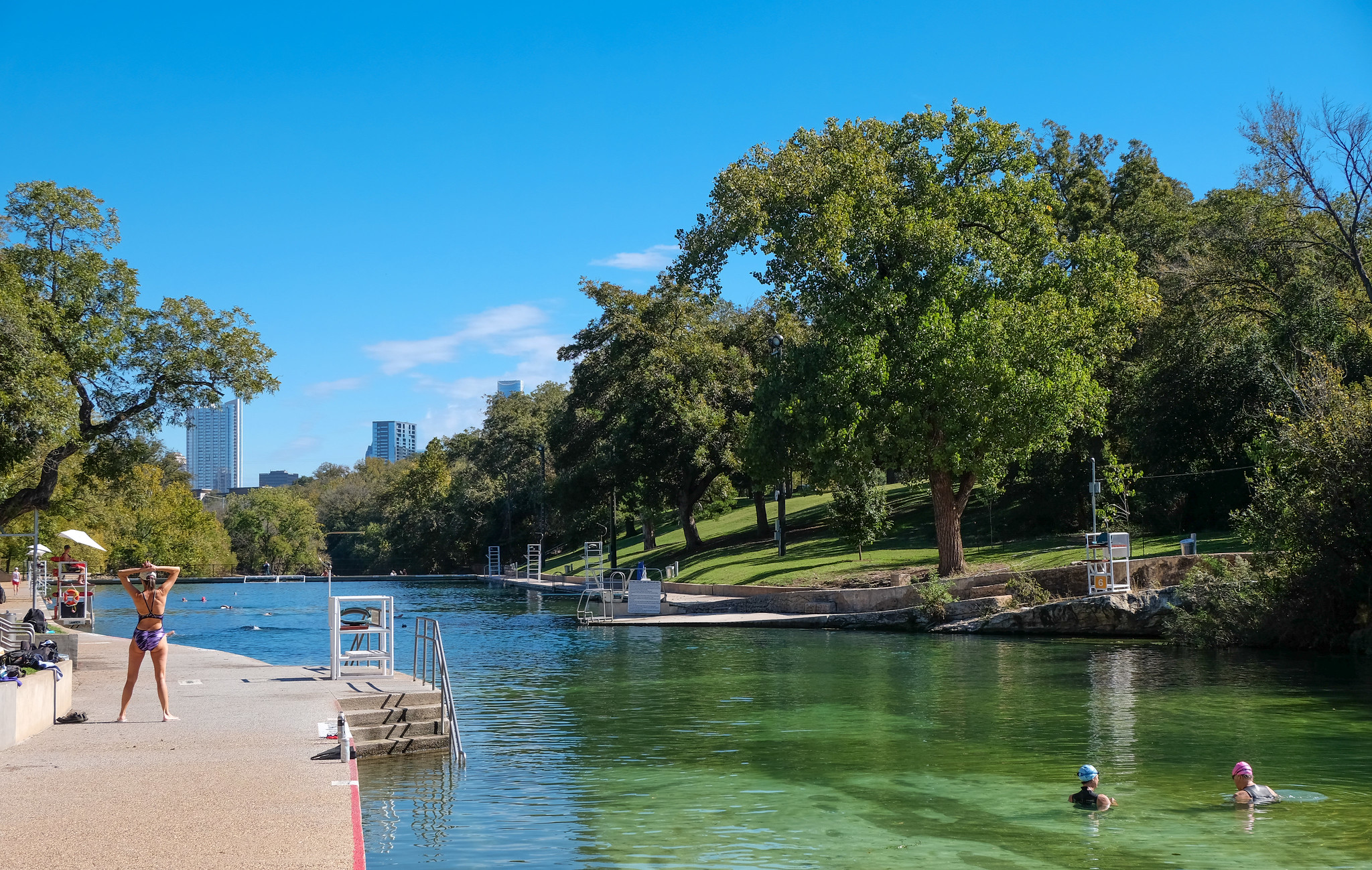 When not hosting popular annual events like Austin City Limits Music Festival and the Austin Kite Festival, Zilker Park is a serene setting for picnics, biking, boat rentals, playgrounds, and other activities. The largest urban bat population in North America can be found in Austin, Texas, and nowhere is better to see them than at the Congress Avenue Bridge. The bridge’s 6-lanes and pedestrian walkway across the Colorado River take a back seat to the real attraction: 1.5 million Mexican free-tailed bats that make their home under the bridge each summer.

The best place to see the bats at Congress Avenue Bridge is on the grassy hill outside the Statesman Bat Observation Center or on a boat at Lady Bird Lake. The bats begin waking up around sunset and by last light you can hundreds or thousands of bats flapping around, getting their night started.

The easternmost reservoir on the Colorado River, Lady Bird Lake covers 468 acres of land and is up to 8 feet deep. It’s surrounded by hiking and biking trails, filled with water recreation, is dog-friendly, has a boardwalk with epic city views, and serves as one of the most versatile destinations for having fun in Austin, Texas.

Although it doesn’t allow swimming, you’ll find nearby Barton Springs Pool in Zilker Park perfect for taking a dip. And if you’re interested in seeing the bat at Congress Street bridge, one of the best places to see them is from underneath, via kayak or canoe on Lady Bird Lake.

4 Admire the Red Texas Granite at the Texas State Capitol The magnificent Texas State Capitol building is actually bigger than the United States Capitol- because everything in Texas has to be bigger and better, right?

The building’s ornate architecture is composed of local, naturally occurring resources like the Red Texas Granite donated for its foundation- you can still see the 12,000-pound cornerstone which was placed in 1885.

Sitting on 22 acres of land in the heart of downtown Austin, you’ll find lots of fun exhibits and information at the Visitor’s Center. Taking a free tour of the Texas State Capitol and its grounds is worth doing at least once!

5 Eat, Drink, and Dance on the streets of South Congress (SoHo) 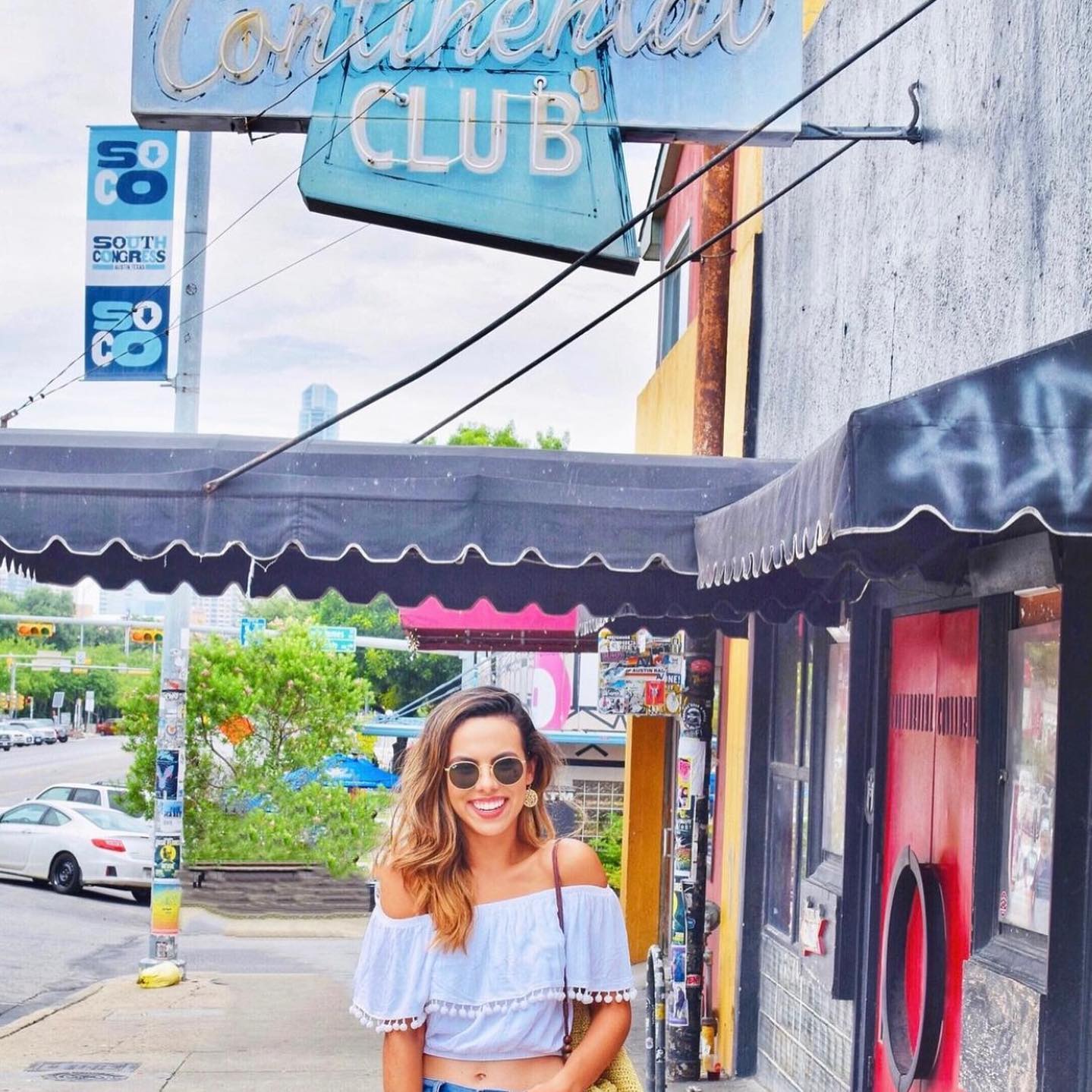 The South Congress neighborhood in Austin, Texas, named after the six-lane, tree-lined street running through it (South Congress Avenue), is filled with a plethora of eclectic shops, restaurants, and music venues. It’s continued popularity over the decades is often attributed to its unobstructed views of the Texas State Capitol.

Visiting SoHo (as its often called) is less about specific destinations and more about strolling the street, wandering into small businesses, spotting murals from local artists, popping in bars for live music, and letting the adventure lead itself.

The city of Austin planned for South Congress to be the most prominent street starting in 1839, and throughout the ages, it’s always found a way to re-invent itself as one of the must-see places when visiting. 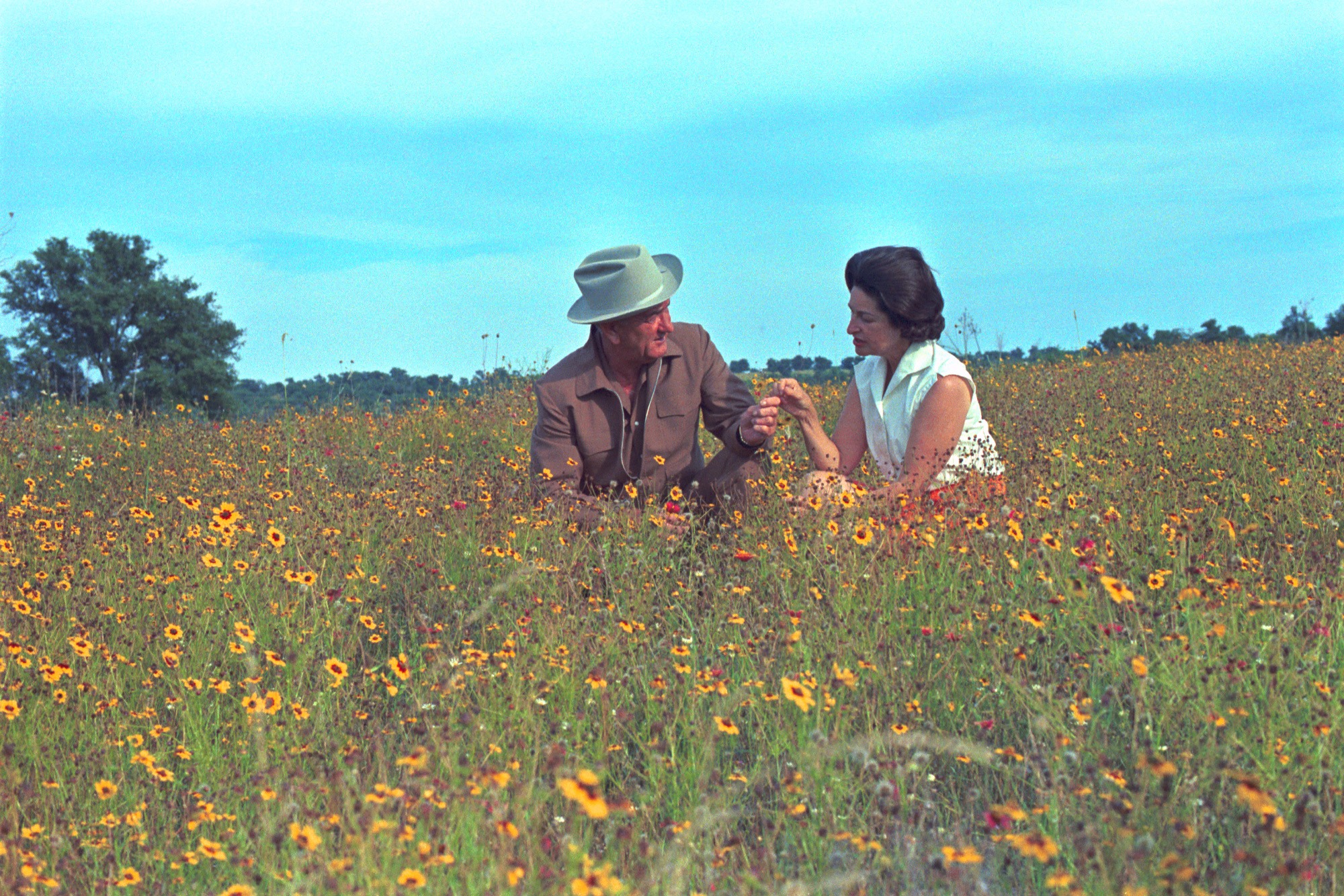 The largest collection of plant species native to Texas can be found at Lady Bird Johnson Wildflower Center in Austin.

Founded by the former first lady on her 70th birthday in 1982, it was originally named the “National Wildflower Research Center”. It sat on 60 acres that Johnson herself donated, and was renamed to “Lady Bird Johnson Wildflower Center” in 1997 when it’s location was changed to accommodate growth. It’s acreage quadrupled in 2002, and in 2006 – shortly before Johnson passed – it became part of the University of Texas at Austin, cementing its legacy.

Now sitting on 284 acres within 10-miles of downtown, the Lady Bird Johnson Wildflower Center is a wonderful refuge where delightful blooms lift the spirits of visitors one plant at a time- just as Lady Bird dreamt they would.

7 Get the Best View in Austin atop Mount Bonnell 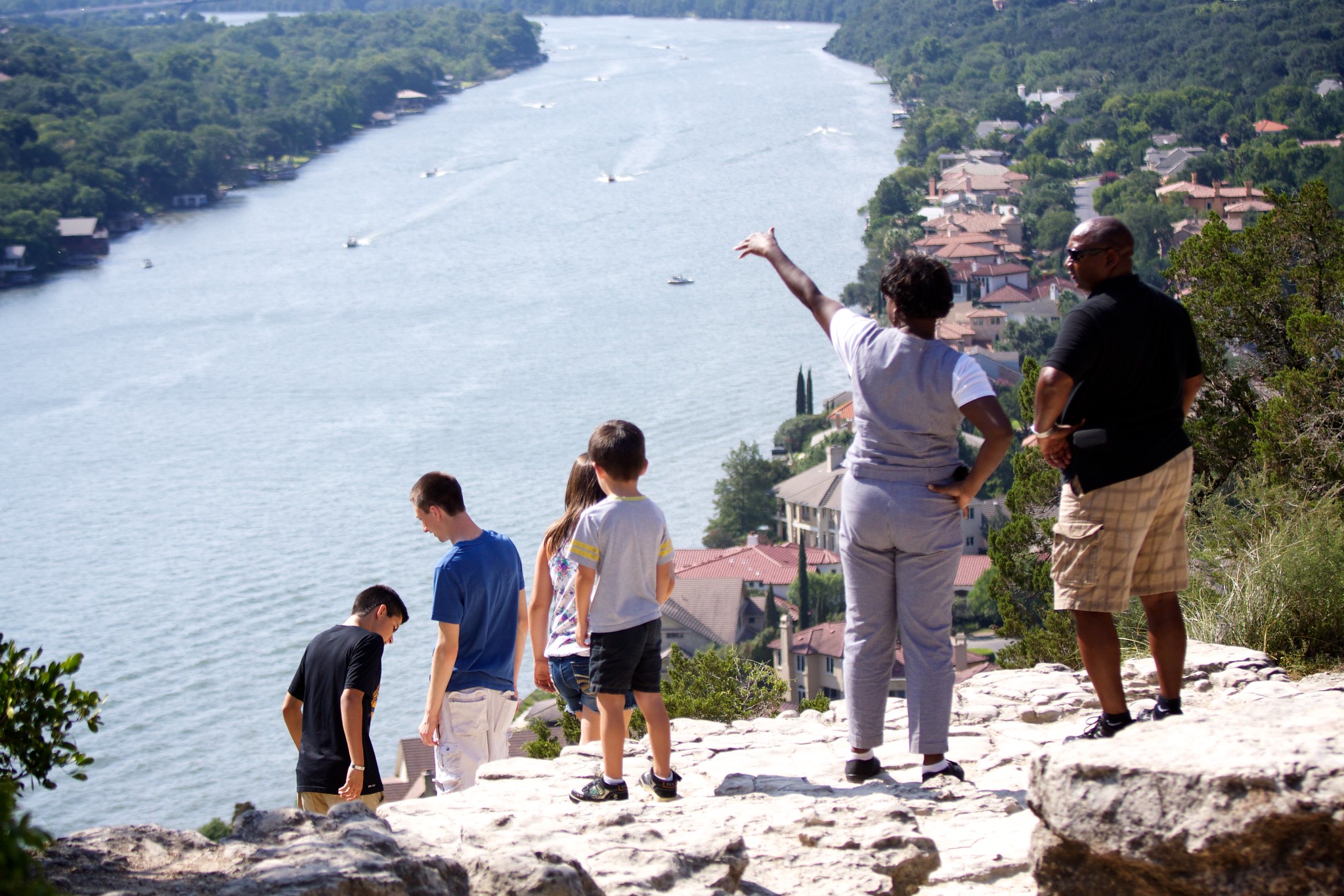 Mount Bonnell is among the highest points in Austin, offering easily accessible, sweeping views of the city that have made it a popular tourist attraction since the 1850s. Some would argue that Mount Bonnell offers the best city view in Austin, Texas.

The peak was named after George W. Bonnell, publisher of the Texas Sentinel newspaper in the 1840s. He was a journalist, adventurer, and the first person known to record observations of the landmark, first appearing in an 1838 diary entry.

8 Earn your Stars at the Bullock Texas State History Museum 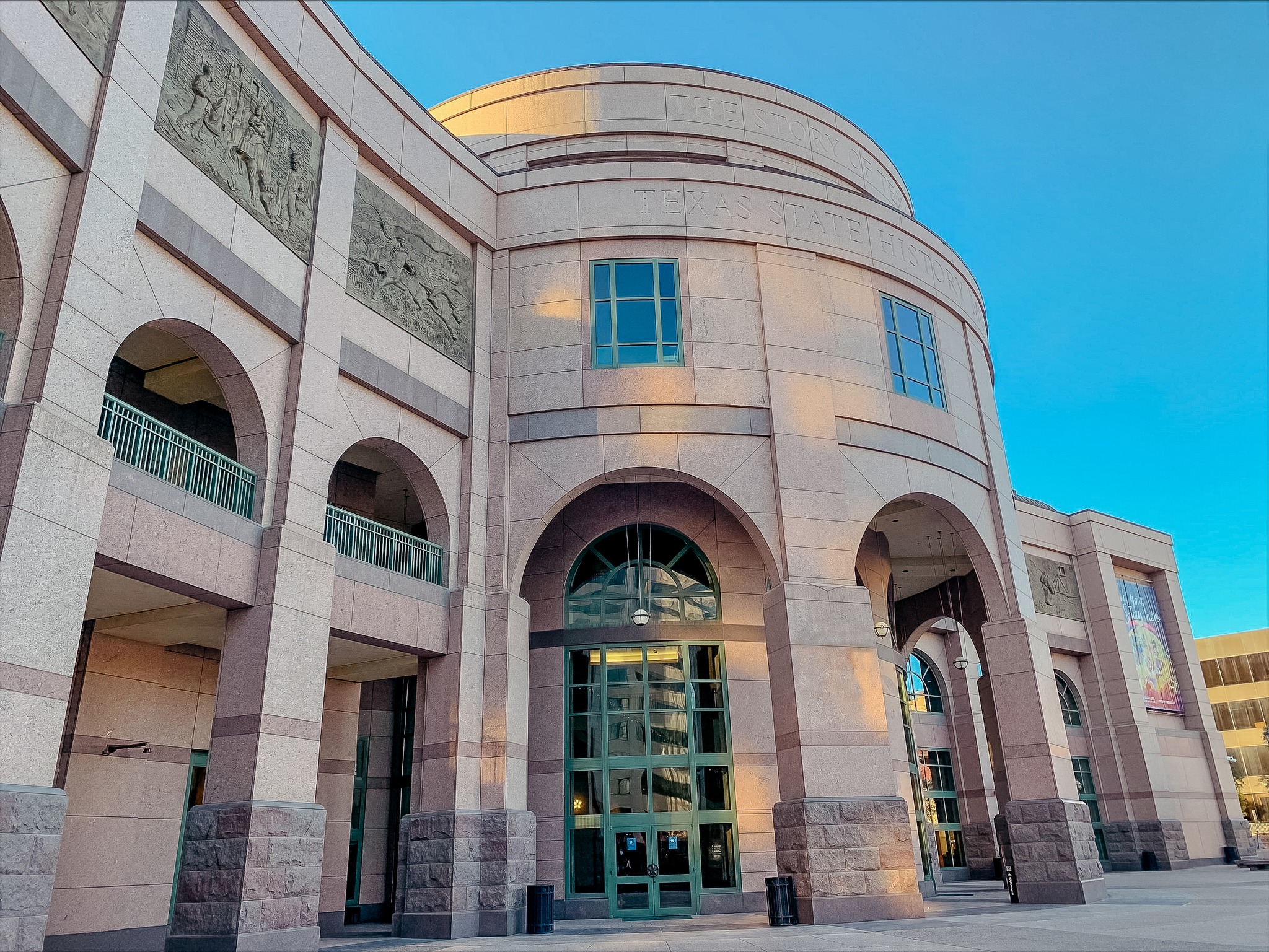 This is the official history museum of the State of Texas, with exhibits that showcase Texan culture while telling the lone star state’s continually unfolding story.

The museum was named after Bob Bullock, the 38th Lieutenant Governor of Texas, who championed its creation. Bullock would attend the groundbreaking in 1999, but died shortly before the museum opened in 2001.

9 Get schooled at the LBJ Presidential Library & Museum 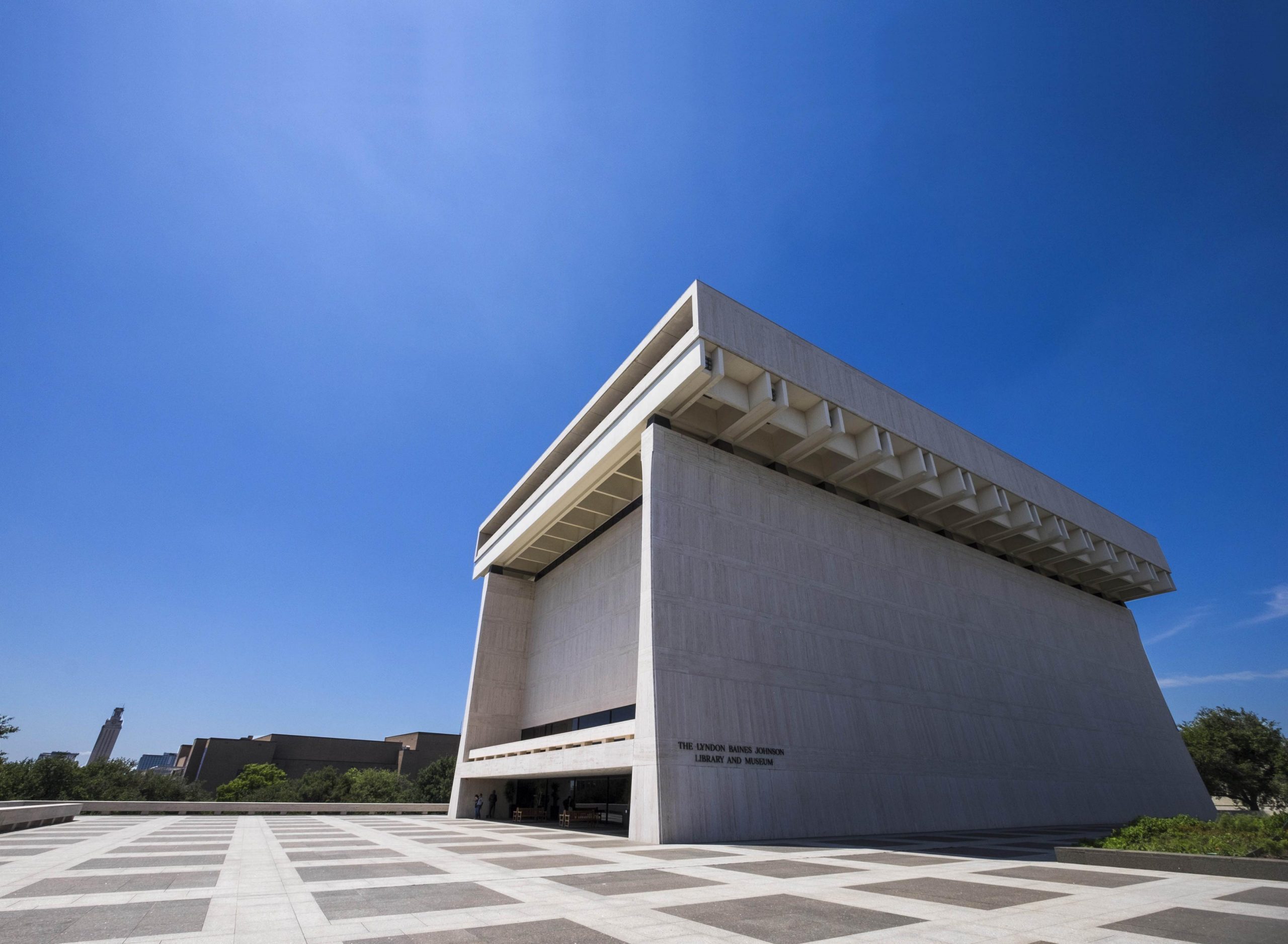 At the University of Texas campus in Austin, on 30-acres of land, you’ll find the Lyndon Baines Johnson Library and Museum. The 10-story building pays tribute to the 36th President of the United States of America, endearingly called by his initials (LBJ).

Inaugurated in 1963 after the assassination of John F. Kennedy (JFK), Johnson was a pivotal ally of the Civil Rights Movement- the desk where he signed the 1965 Voting Rights Act is on display at the museum.

President Johnson twice earned re-election, serving until 1969. Although he would only live until 1973, he attended the dedication of the building that bears his nameon May 22, 1971, stating: “It is all here: the story of our time with the bark off…This library will show the facts, not just the joy and triumphs, but the sorrow and failures, too.”

The museum is said to contain